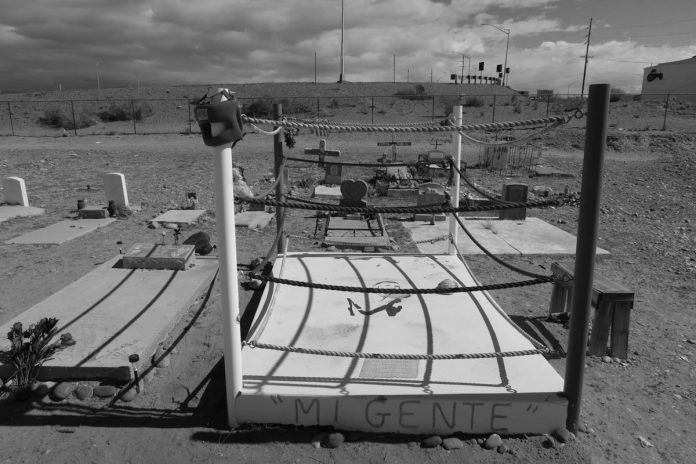 In my job providing customer service at one of Albuquerque’s call centers, many times I’m asked where I’m located. You can guess what comes up next, the International Balloon Fiesta and a little TV show called Breaking Bad. In pop culture, certain TV shows or films capture the spirit of the location they’re set in. Think of Rocky Balboa in the tale of the underdog overcoming the odds from the Rocky film series and how the fictional boxing champion projected the gritty determination of Philadelphia. Then there’s how the TV comedy Portlandia perfectly captures the hipster obsessed, alternative to the norm of the city from its namesake. Albuquerque’s association with Breaking Bad has favored the critical acclaim from the show’s gorgeous cinematography and master storytelling. But this relationship magnifies one of the city’s darkest elements, citizens under the sway of drug addiction. Plus, there’s the role that organized crime plays in distributing and selling its contraband, and the aftermath we often see in the news: violent altercations that leave a body count. While the grim reality of drug dealing & use is an ongoing problem in the state, we can choose to look for examples in our local communities of how to face such a heavy matter with dignity. The history of the San José neighborhood, located in the South Valley, provides the perfect example of how a community can look out for each other.

When approaching the San José neighborhood from Albuquerque, one of your points of entry will be via Broadway Blvd., at the point where it intersects with Kathryn St. As you continue on, you’ll notice an abundance of store fronts that cater to the Mexican clientele (“Mexico Lindo” grocery store, “Carniceria El Rodeo” Meat Market), which sets up the background of the neighborhood: 82.2% of this neighborhood’s residents have Mexican ancestry and Spanish is the most common language spoken here (figure from www. neighborhoodscout.com). The other avenue of approach into San Jose is from I-25 where you get off at Gibson, exit 222B. From the off-ramp you’ll notice the plot of land marked with crosses and headstones. Right in the center is a dirt hill with the words San Jose Cemetery spelled out in large rocks painted white. Gibson westbound ends at Broadway and turns left to head south where in half-a-mile you’ll hit San Jose Ave. and two blocks west you’ll have reached the Jack Candelaria Community Center. Who was Jack Candelaria you ask? Turns out Jacob “Jack” Candelaria was onetime president of the South San José neighborhood Association during the 1980’s which saw a national drug panic that focused on the danger of crack cocaine.

The drug world depicted in Breaking Bad revolved around cooking and selling meth in Albuquerque which is a similar scenario that plagued the San José neighborhood back in the 1980s. As president of the South San José neighborhood Association, Jack Candelaria wanted to combat the drug use that was plaguing the South Valley. Candelaria’s effort brought forth setting up a police substation in the area. The South San José Neighborhood Association worked with the police to actively patrol for marijuana and crack dealers. This take-charge approach caught the attention of William Bennett, director of the Office of the National Drug Control Policy under then-president George H.W Bush. In November of 1989, the Drug Czar paid a visit to the San José neighborhood where he praised the neighborhoods’ efforts in his report on fighting drug use. In 1990 the San José neighborhood again got national attention when Jack Candelaria was listed as one of President Bush’s “1,000 Points of Light,” a program to recognize hometown heroes who have taken great strides in fighting the War on Drugs. The impact of the critically acclaimed TV show Breaking Bad still lingers in the city well after the show’s run ended in 2013: From the Blue Sky Donut available at Rebel Donuts, which is fashioned as a tribute to the unmistakable brand of meth that turns up in the show, the plethora of Breaking Bad merchandise available in Old Town, and the ubiquitous beige RV traveling throughout the city giving tours of the famous locations from the TV series. While great for merchandising and as a vacation idea, it lacks the sense of community that only comes from people living together. The lasting impact of the San José neighborhood efforts in standing up to drug trafficking back in the 1980’s and 1990’s will always bring a source of pride for the national recognition it received.